Don’t be afraid to pivot early in your career—it’s a feature, not a bug 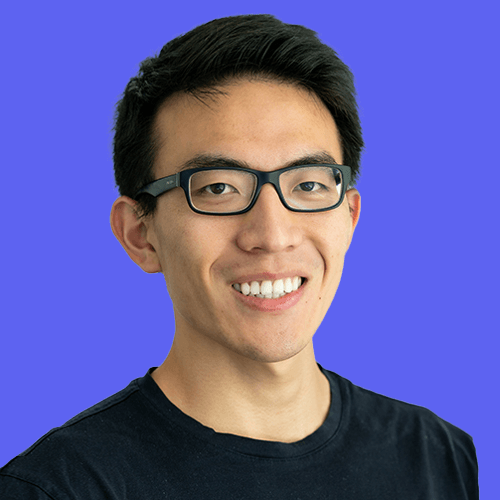 These days, the pressure to specialize early in one’s career can be overwhelming.

In China, where my family is from, after-school programs that take up a child’s entire weekday evenings and weekends are the norm, not the exception. The wisdom of the crowd is that if a child doesn’t participate, then they are falling behind their peers and losing out on future career prospects. That can be tough for most parents to argue against.

But this plan often backfires in the long run. As I’ve seen with some of my relatives’ children, they eventually reach adulthood and have to decide for themselves what they want for a career. But because so many of their younger years were spent blindly jumping from one organized activity to the next, they have little idea of what they are truly passionate about. And unfortunately, adult life rarely slows down enough for them to fully figure it out.

There is also unbelievable pressure to specialize early in academia and industry.

In academia, if you don’t decide your major early and start doing research, then how will your grad school application stand out? If you don’t pick your PhD advisor early enough, how will you possibly have enough time to churn out enough publications to justify an assistant professorship at a top university? And if you decide to stop publishing on your PhD thesis topic and change your research area, well then, you can forget about getting tenure.

In industry, the same types of questions nag at people, especially in tech. For example, big tech companies are oftentimes no longer looking for generic cogs to add to their machines anymore. Rather, they’re looking for a specialized cog that knows ASPICE-compliant development processes, is familiar with CUDA and OpenGL GPU programming, and has experience with coding standards like AUTOSAR, MISRA C/C++, and CERT C/C++. You might be amazed by this alphabet soup of requirements, but I’m not making any of this stuff up, it comes from a real posting for a new college grad role.

The problem with all of this is that you dig a hole for yourself that is hard to get out of.

For those of us who need time for our interests to mature, specializing early can be a dangerous thing. In academia, as one example, the sunk cost fallacy makes it hard to switch fields or careers many years into the PhD. In industry, there might be short term gains from learning that special language or framework. But a few years later when a new technology arrives to render your skills obsolete, what then?

Instead of specializing early, I’d like to make the argument for breadth over depth.

When I think about the kinds of experiences that have had a positive influence on my life, the majority of them relate to staying curious and being open to experimentation, rather than mindlessly drilling down on any particular thing. As a child, having lots of unstructured time to explore different activities gave me insight into drawing connections between seemingly unrelated topics, an ability that helps me be more creative in my work. In college, taking a broad array of courses helped me gain an appreciation for other fields and introduced me to diverse people and perspectives that give me a richer and more complete view of the world.

Understanding the importance of breadth is also what led me to one of the best decisions of my professional life so far: joining Glean.

Like many others, I wasn’t completely immune to the pressure of specializing early. I had recently started a PhD at Stanford right out of undergrad at Princeton. Don’t get me wrong, the PhD life at Stanford was, at times, inspiring. Getting to work with world-class professors and genius grad students on a daily basis, interacting with professors at other universities about their research, attending seminars on cutting-edge technologies; it was all really special.

But it just wasn’t what I wanted at this stage in my life. Rather than focusing on a niche within a niche, I wanted to expand my knowledge in different areas. I wanted to learn a bit about the business of building and selling a modern software product, and how to scale an idea or team. And yes, as in a PhD, I still wanted to learn from some of the best, and I wanted to work on something cutting-edge.

Glean, with its revolutionary work assistant product and world-class engineering team, checked all of those boxes and more. At the stage we are at, every single day I feel like I’m learning something new and growing in a really meaningful way. The initial pivot from the PhD to Glean was by no means an easy decision, but more and more I’m recognizing that it was the right one.

For those of you who are in a similar position as I was, I encourage you to think about what will help you grow the most in the long term. And if startups that feel like rocket ships pique your curiosity… Glean is hiring. :)